UK-based Precision Micro is one of the world’s largest and longest established chemical etching companies.

Through our market-leading chemical etching service, we manufacture millions of precision-etched components each year.

From safety and mission-critical automotive and aerospace parts to life-saving medical implants, we supply leading international companies in the UK, USA, Europe, and more than 30 countries.

Precision is everything we do – focus, attention to detail and unwavering care about results

We go beyond science – combining it with curiosity, artistry, consistency, accuracy and reliability

We love a challenge, whether a business one or a manufacturing one, and don't stop until it's solved

We have autonomy in what we make – and we make it better, with pride and commitment to fair play 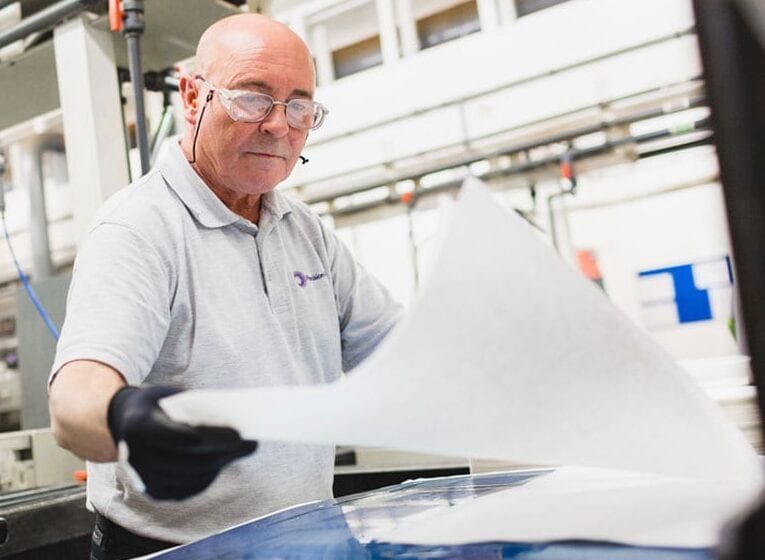 We are more than just a chemical etching company. Our metal etching process can help shape even the hardest-to-machine metals, with many companies relying on us for precision aluminium etching, stainless steel etching and more.

Accredited to AS 9100, IATF 16949, ISO 9001 and ISO 14001, we set the standard for quality, accuracy and continuous improvement in all our components — from bipolar plates to plate heat exchangers and beyond.

A reliable partner with global technical support and constant investment in added-value technologies, we have Europe’s largest metal sheet etching capacity: a 44,000ft2 / 4100m2 facility working with over 2,000 material variants.

This enables us to deliver fast and repeatable high-integrity components to exact and exacting specifications.

Established in 1907, V Siviter Smith set up his engraving company in Moseley Street, Birmingham, UK, and over the next 50-years grew to be one of the most respected engraving companies in England.

At the forefront of technological advances, Siviter Smith was introduced to the DOW Chemical engraving process in the 1950s, which was adopted by the company to produce letterpress plates for the printing industry. Kodak was supplying the photo-resists used to etch the printing blocks and printed circuits and was pioneering a process for etching metals parts – photochemical machining (PCM). This again sparked entrepreneurial interest.

A subdivision of V Siviter Smith, Microponent Development Ltd was set-up in Livery Street, Birmingham in the early 1960s to develop PCM into a viable business. Microponent Development Ltd enjoyed success and moved once more to nearby Belmont Row, using its photomechanical expertise to manufacture plated through hole printed circuits for a growing electronics industry. The PCM side of the business developed the etching process for a wide range of metal components, including helicopter grilles for Westland Helicopters – a product still manufactured by Precision Micro today.

In the late 1960s, Siviter Smith Group was placed into receivership. Norman Marrett, a former employee who had formed his own company, Fotomechanix Ltd. manufacturing and selling pre-sensitised PCB material and other associated products, acquired Microponent Development Ltd.

Norman took over a business with an artisan culture. His challenge was to hone their entrepreneurial spirit into the slick, repeatable process we know today as photo etching.

During the 1970s and 1980s, Microponent Development – now shortened to Microponents – continued to perfect its photo etching process. A reliable process was developed for etching stainless steel, then a tricky material to etch. Chlorine was introduced to enable the regeneration of the etchant. The high number of lead frames being manufactured for a now booming electronics sector meant an automated process line was developed for resist coating. Spot plating was also set-up, and the company’s first photo-plotter was installed to digitise the manufacture of photo-etch tooling. A bespoke enterprise resource planning (ERP) system was written and introduced to handle the growing number of customers and products.

During the 1990s, the first connection to Meggitt was established. Heatric, a Meggitt company, approach Microponents to etch large fludic plates used in their proprietary printed circuit heat exchanger (PCHE) technology. Up to this point, Heatric had scoured the globe to find a capable supplier, but only Microponents had the innovation to take on the challenge – the plate size, thickness, complexity and price. The investment required also appeared to be a barrier for other etching companies.

As successful as the Heatric plates were for Microponents, their manufacture did not lend to the set-up of the company’s manufacturing plant and a decision was made to transfer this business to a new, stand-alone etching facility on Langley Drive, Birmingham. This was a gamble at the time as there was uncertainty as to whether PCHEs would be adopted by the oil and gas industry.

In the early 2000s, Norman Marrett handed responsibility over to his son, Anthony. Not long after assuming the role, a decision was made to merge with local competitor Micro-Metallic, a company established out of Microponent Development and situated less than a mile away. The merger became Precision Micro, the largest stand-alone contract etching company in Europe.

In 2007, following a planned redevelopment by the local authority, Precision Micro moved to a purpose built etching plant situated next door to the home British car manufacturer, Jaguar. The plant was specified with cutting edge photo-etch equipment, enabling the capacity and precision enjoyed by its customers today.

Heatric continued its growth, and by the early 2010s, the company had to source additional capacity for its etched PCHE plates. As was the case in the 1990s, Precision Micro was the only company deemed capable enough to produce their product, so Meggitt took the decision to acquire Precision Micro from the Marrett family.

Following its acquisition by Meggitt in 2012, Precision Micro grew rapidly into a number of high-value engineering sectors, investing in new technology and increasing turnover by more than 50%.

In April 2018, Precision Micro was acquired by its management team, backed by Lloyds Development Capital (LDC), a UK-based mid-market private equity house and subsidiary of Lloyds Banking Group. This marks the start of an exciting new chapter for the company as it looks to further increase its position as a market-leader in photo chemical etching technology.

We use the latest techniques to minimise our environmental impact

Carve out a career at the industry's cutting edge